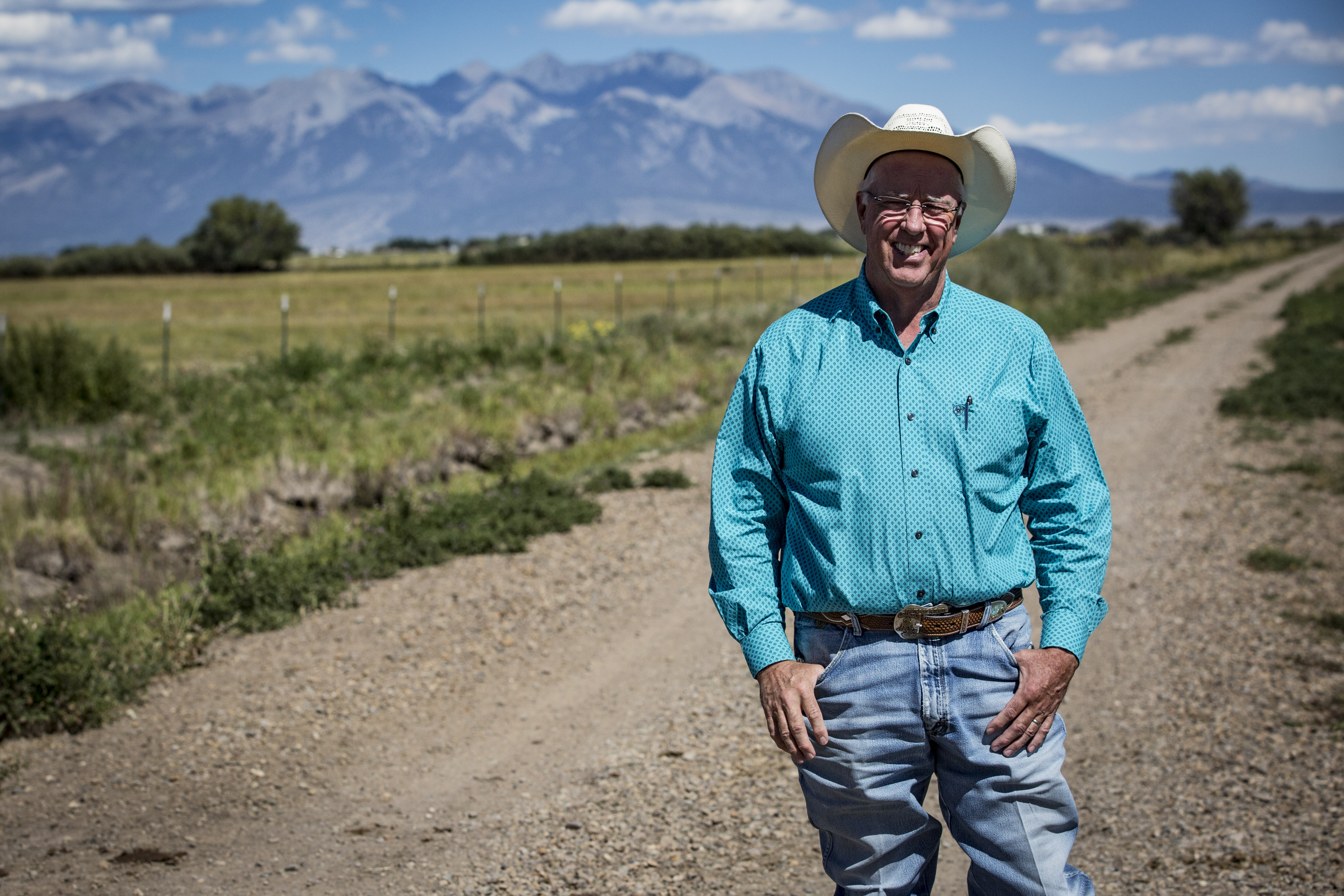 Darius Allen is a rancher and Republican County Commissioner in Alamosa. His constituents' biggest concerns are universal to much of Colorado: health care costs, affordable housing, and good-paying jobs. But there's one area that stands out, he said: drug abuse and generational poverty make childhood wellness a big issue here.

"We're getting more and more kids that we're taking care," he said of Alamosa County. "It's almost like we're stuck in a rut. And and I don't know how to get out of that cycle."

Alamosa is the hub of the San Luis Valley, where agriculture is still king. Allen said he wants a gubernatorial candidate that will come to the valley and understand the challenges farmers here face, from water issues to a calf being born legs first. "I'd him to know what that's about," Allen said. "We don't have those rural roots like we used to."

Allen said he thinks his constituents, who he described as one-third Republican, one-third Democrat, and one-third unafilliated, are leaning toward Republican Walker Stapleton. But he said in a place like the San Luis Valley, it's vital for people of all stripes to work together.

"I can sit down with my Democrat friends. We talk and discuss things and laugh at each other, and point at each other, dig each other a little bit," he said. "But at the end of the day, when you walk away, we still throw an arm around each other and shake hands." 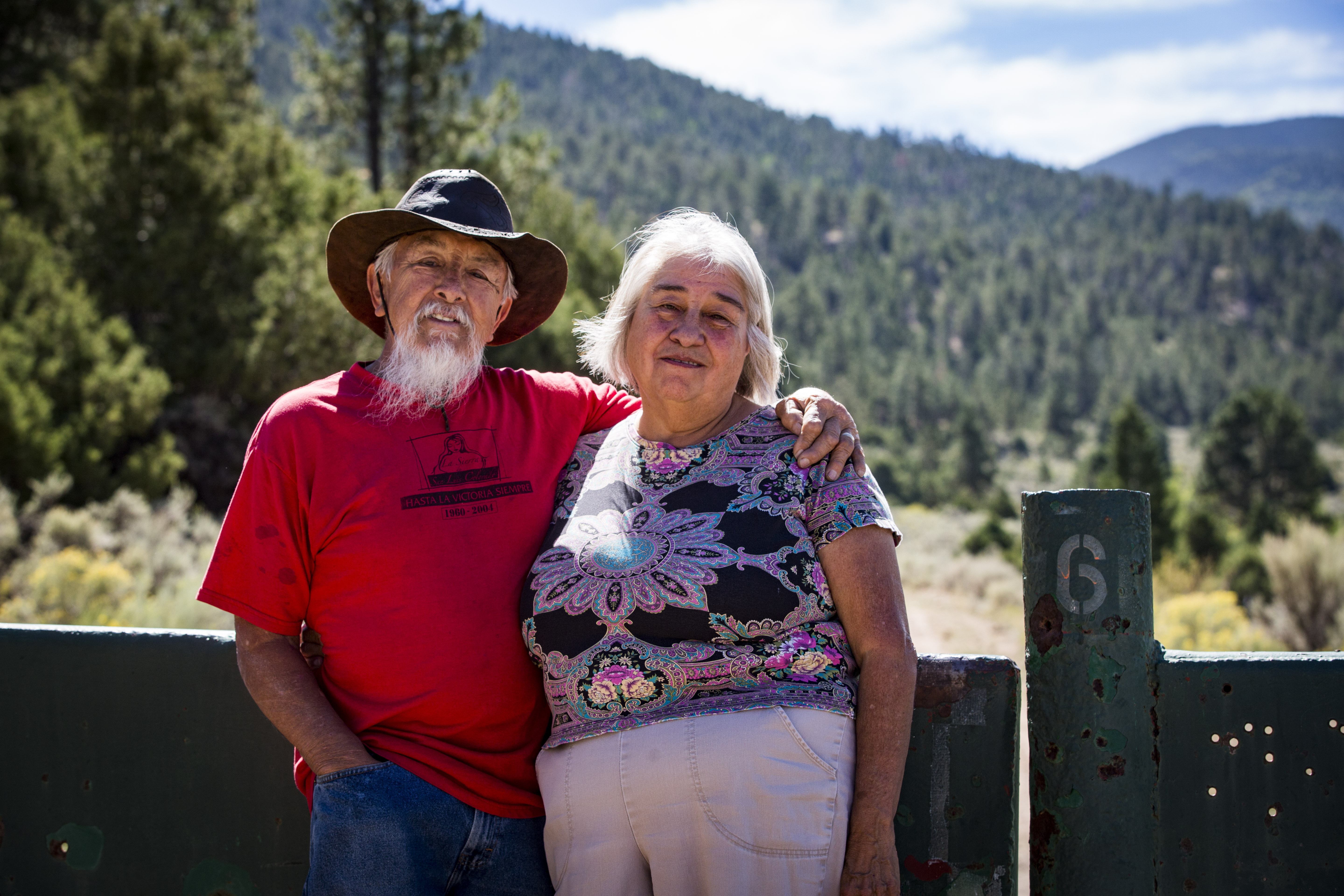 Jose and Juanita Martinez live on a small ranch in San Francisco, Colorado, fewer than 15 miles from the New Mexico border. Juanita said this part of the state is often forgotten.

"If you ask anybody in Denver, they don’t even know where the San Luis Valley is," Juanita Martinez said. "We send representatives, but sometimes I think they don’t pound the table enough."

But she's determined to do something about that by running for office herself. She ran, unsuccessfully, for Costilla County Clerk, and wants to run again.

"They play around with a lot of money and they think it’s like a poker game," she said. "I want a place at the table." 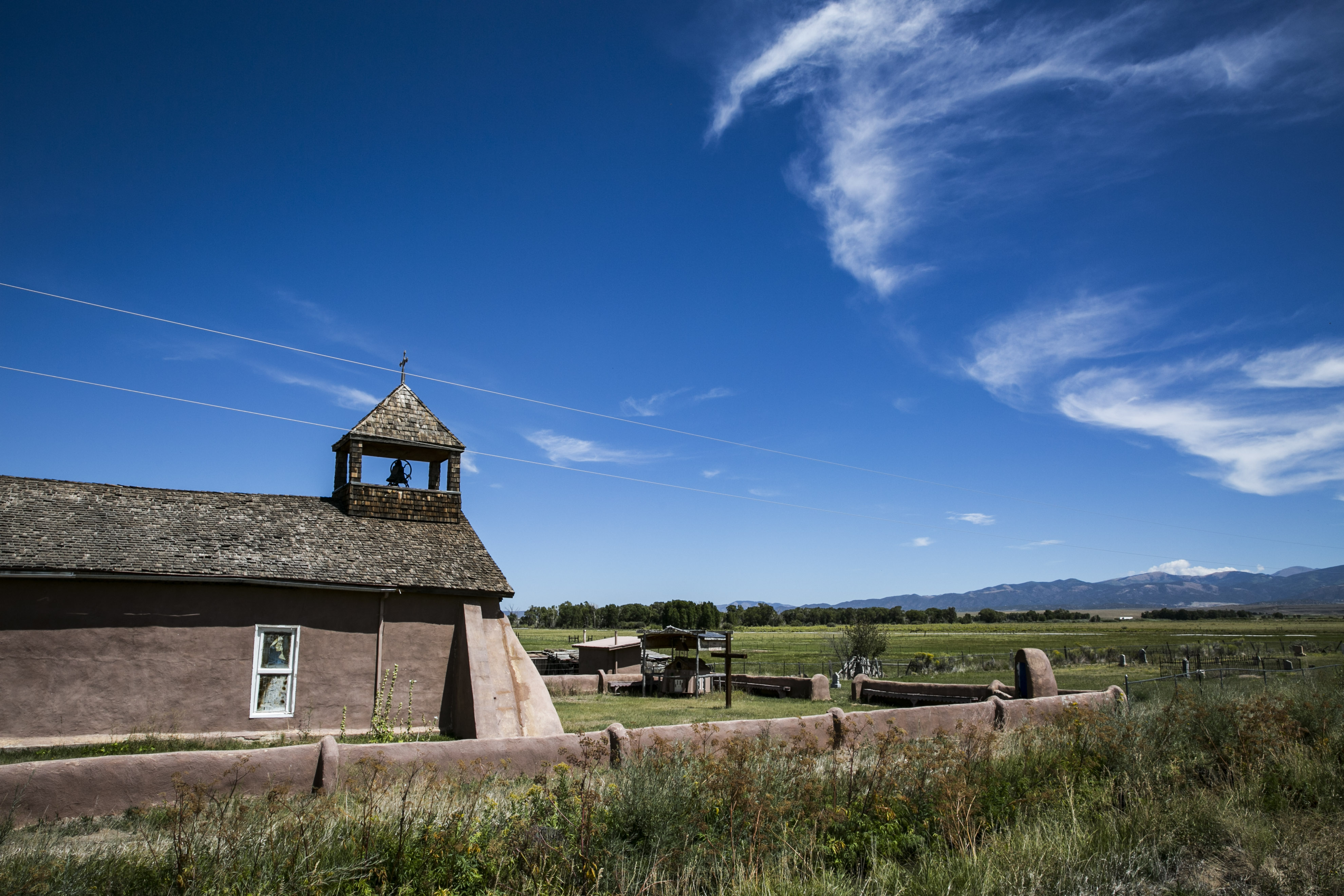 The Capilla de San Acacio, near San Luis, is one of the oldest churches in Colorado. It was founded in the 1850s or 1860s near the Culebra River and is still in use today. This corner of the San Luis Valley has a strong Roman Catholic heritage, dating back to its settlement in the mid-19th century by Hispanic farmers from Taos. 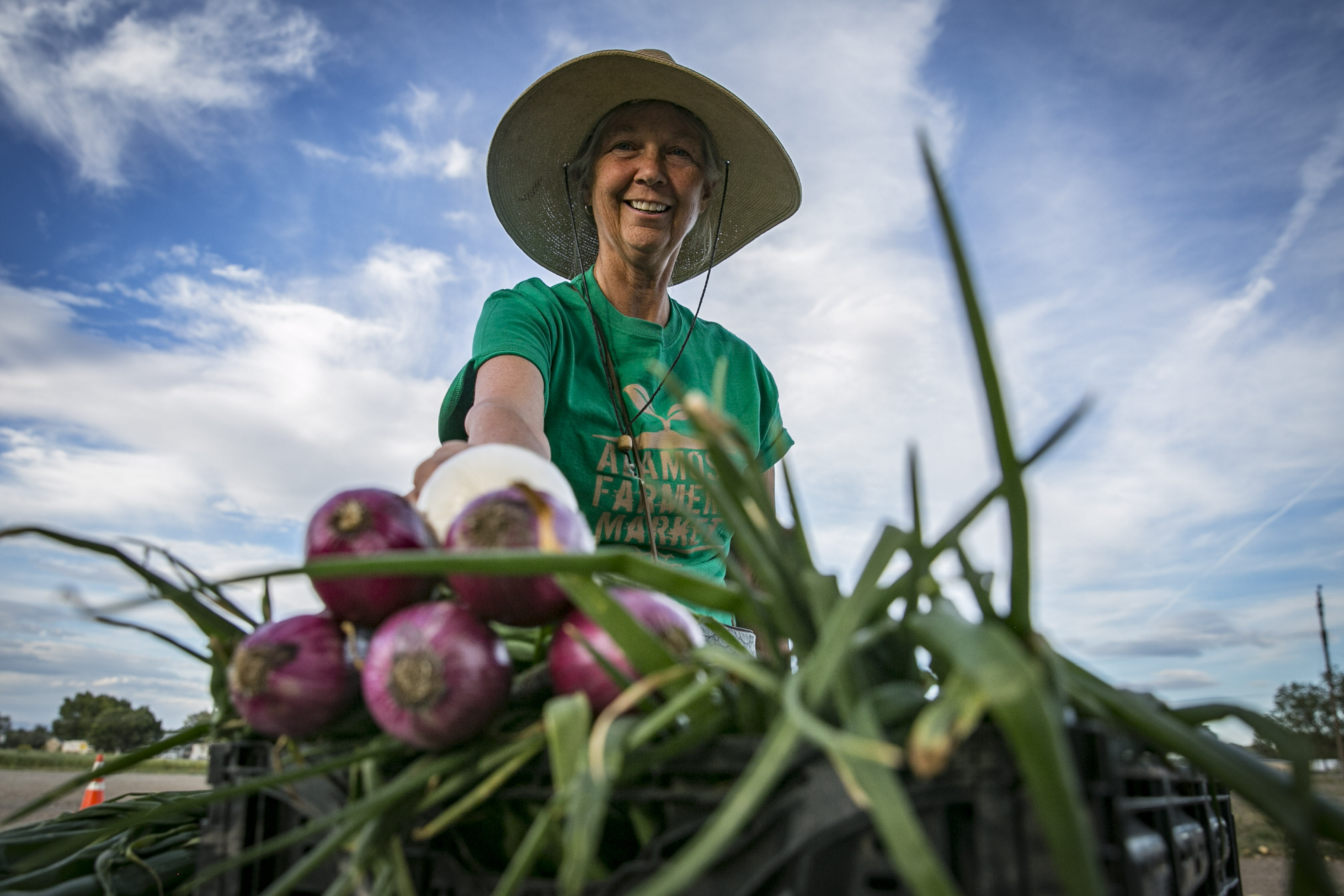 Denise Vandewalle, a dentist in Alamosa, also organizes the local farmers' market. She wants her political leaders to be respectful — both of the environment and for other people.

"Being in a rural area, we all know each other we all respect each other and help each other," she said. "It's confusing when the people at the top don't understand that. I think we need some farmers, a Willie Nelson, in the governorship, and then maybe a president. Willie Nelson for president!" 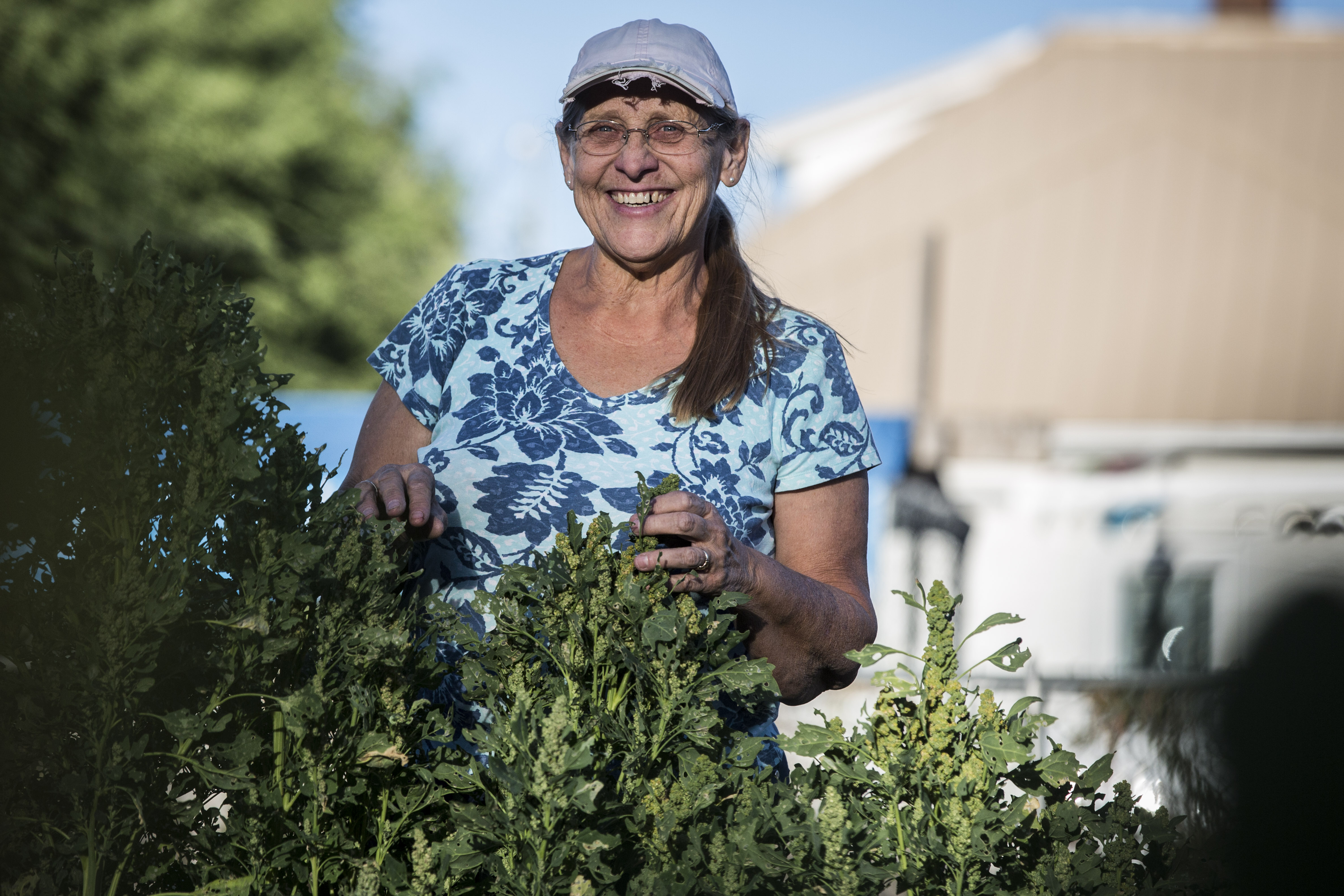 Wanda Hawman of Monte Vista, Colorado, runs a community garden in her backyard and hosted a League of Women Voters event late this summer. She wants to do her part to help increase voter turnout in the area.

"We have a very, very, very poor voter turnout here in Monte Vista," she said. "I don’t care they who they vote for, I just want people to vote. So I think people feel disenfranchised here and that they don’t have a voice."

Hawman said she's eager to see change happen in this November's midterm election because there are too many pressing issues like racism and sexism that those currently in power aren't addressing. 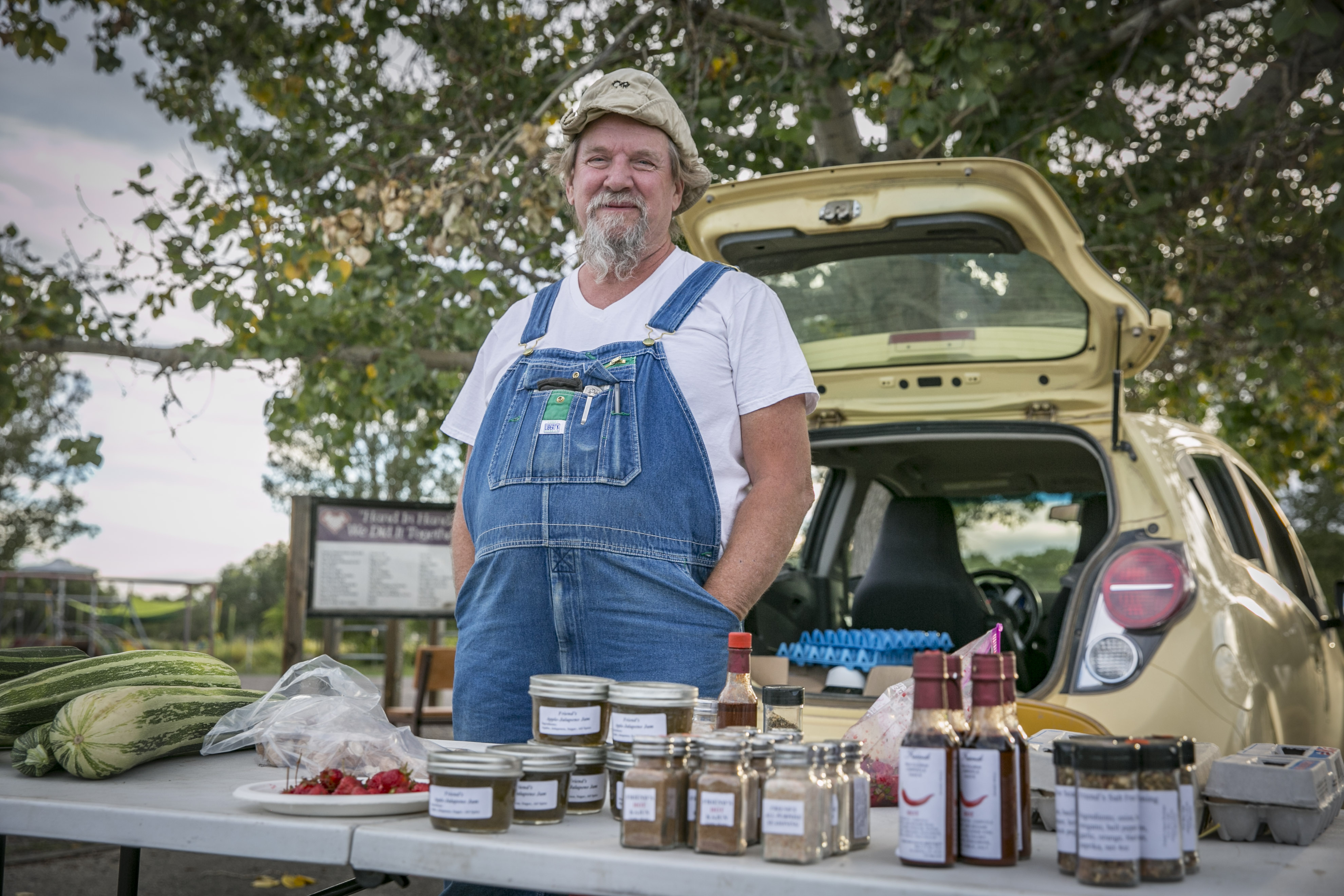 Friend Darr was selling vegetables at a farmer's market in Alamosa, Colorado when a reporter stopped by and asked him what issues mattered to him most. Inequality, Darr said, was at the top of his mind.

"Some humans are worth more than other humans. There's an attitude in this country like that," he said. And he said that's especially true in the San Luis Valley, one of the most impoverished areas in the state.

"We have single mothers out there that are living in their cars," he said. "And we have people living in tents out in the valley."

Darr said he does what he can to help those in need. He takes extra squash and other produce to a nearby church that serves a free meal on Saturdays.